Homeschooling in Michigan? Or considering homeschooling? This is the event for you!! 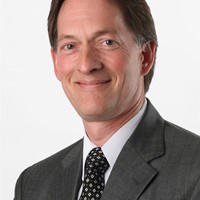 Judge Boonstra was appointed to the Court of Appeals in March, 2012, and he was subsequently elected in 2012, 2014, and 2020. In addition to his appellate duties, Judge Boonstra served a two-year term on the Michigan Court of Claims, by appointment of the Michigan Supreme Court, from May 1, 2015 to May 1, 2017, where his docket included cases arising out of the Flint Water Crisis. Prior to serving on the Court, Judge Boonstra was a senior principal in the law firm of Miller, Canfield, Paddock and Stone, P.L.C., where he practiced law for 27 years, including serving as a Deputy Chair of the firm’s Litigation practice group and as Co-Chair of its Appellate Practice section. At the time he joined the Court, he was recognized in Best Lawyers in America in the areas of: Antitrust Law; Appellate Practice; Bet-the-Company Litigation; Commercial Litigation; Litigation - Antitrust; Litigation - First Amendment; and Litigation - Securities. He previously also served as a Law Clerk to Hon. Ralph B. Guy, Jr. in the United States District Court for the Eastern District of Michigan from 1983 to 1985.

Get updates, announcements, and special offers delivered to your inbox.

By submitting your information above, you agree to our terms and conditions and privacy policy and are willing to receive an email from Michigan Christian Homeschool Network at the email address listed which will include the content that is being offered.